Winner of the 2016 International Conductors Workshop and Competition, Dr. Kira Omelchenko is an Associate Professor of Music and the Conductor of the Wilfrid Laurier University Symphony Orchestra (Ontario, Canada).  Previous positions include the Director of the Orchestra and String Studies at Florida Southern College and the Director of Orchestra and Strings at The University of Tampa (United States).  A passionate educator, Dr. Omelchenko received the prestigious 2018 Miller Distinguished Professor Award, which recognizes one faculty member’s excellence in Teaching, Advising, and Service.  In addition, as a recipient of the National American Prize in Music (Prize Winner in Opera Conducting), she served as the Interim Artistic Director of the St. Augustine Youth Orchestra and has been invited to conduct at the Vienna Opera Academy in summer 2022.

As the 2017 winner of the International Institute for Conductors in Bulgaria, Dr. Omelchenko conducted the Vidin State Philharmonic Orchestra in a Concerto Festival and was invited back to guest conduct in their 2017-18 season.  In the summers of 2019 and 2018, Dr. Omelchenko served as artist in residence and guest conductor at the University of Aveiro (Portugal) where she mentored graduate conducting students and conducted the University Orchestra.  During her residency in Portugal she was also invited as a guest lecturer at the Conservatorio Superior de Música de Castilla y León in Salamanca, Spain.  In addition, she served as the string director at the International Opera Performing Experience Festival in Mercatello sul Metauro (Italy) in July 2019.

Additional guest conducting engagements include conducting the 2021 Florida All-State Honors Orchestra, the Waterloo Chamber Players, the Gwinnett Symphony Chamber Symphony (Georgia), the Imperial Symphony Orchestra (Florida), the Seasons Music Festival Orchestra in Yakima, Washington, and the Bulgarian State Opera in Burgas.  In 2015 Dr. Omelchenko was selected to participate in a conducting festival in St. Petersburg, Russia where she conducted the orchestra in the historic Mariinsky Theatre.  She has held international conducting fellowships and has studied in Vienna, Rotterdam and Amsterdam conservatories in the Netherlands and Bulgaria. She has also participated in conducting workshops with Gustav Meier, Ulrich Nicolai, and Harold Farberman.

As a recipient of the Sigma Alpha Iota Conducting Scholarship, Dr. Omelchenko has presented research at national and state conferences such as NSEE, NAfME, ASTA, and FMEA.  As a highly sought-after and innovative lecturer, she has served as a clinician and adjudicator, and has conducted various All-County Orchestra Festivals.  A passionate global educator, Dr. Omelchenko has led students in a variety of study and performance abroad opportunities, including travels to Italy, Russia, Bulgaria, and Portugal.  Dr. Omelchenko has worked with Middle School and High School students in Summer Orchestra Music Camps at Florida Southern College, The University of Tampa, and the University of Iowa.  She has served as Director of the Florida Southern College String Camp, as a clinician and adjudicator for Florida Orchestra Association, OrlandoFest, Music USA Festival at Universal Studios in Orlando, FL, and Brightparks Travel Festivals. An advocator of community engagement, she has served on the faculty senate and the Board of Directors for the Imperial Symphony Orchestra.

Recognized for her research and contribution to her field, she has been awarded numerous research grants including American String Teachers Association Grants, Sigma Alpha Iota Professional Development Grants, FSC Faculty Summer Stipend and Professional Grants, FSC Faculty and Student Collaboration Grant, as well as the University of Tampa Alumni, Dana, and the David Delo Research Professor Grants.  Dr. Omelchenko’s research on health and music has been published in Health Education Journal (SAGE publications, UK). A native of Kansas, Dr. Omelchenko holds degrees from the Knox College, the University of New Mexico, and a doctoral degree in orchestral conducting from the University of Iowa, where she studied with William LaRue Jones. 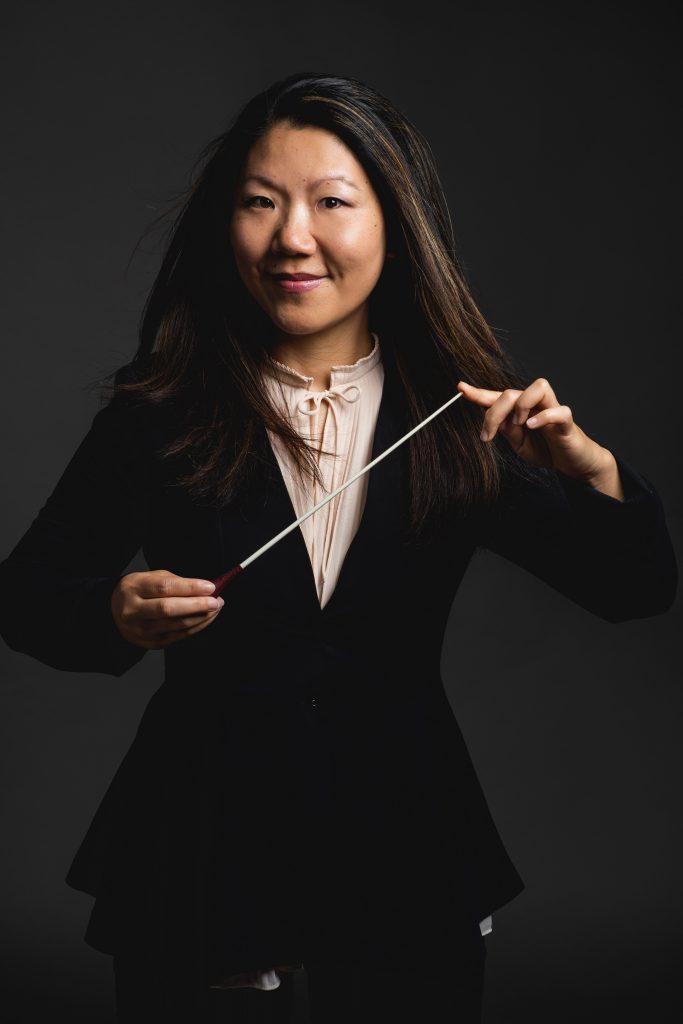